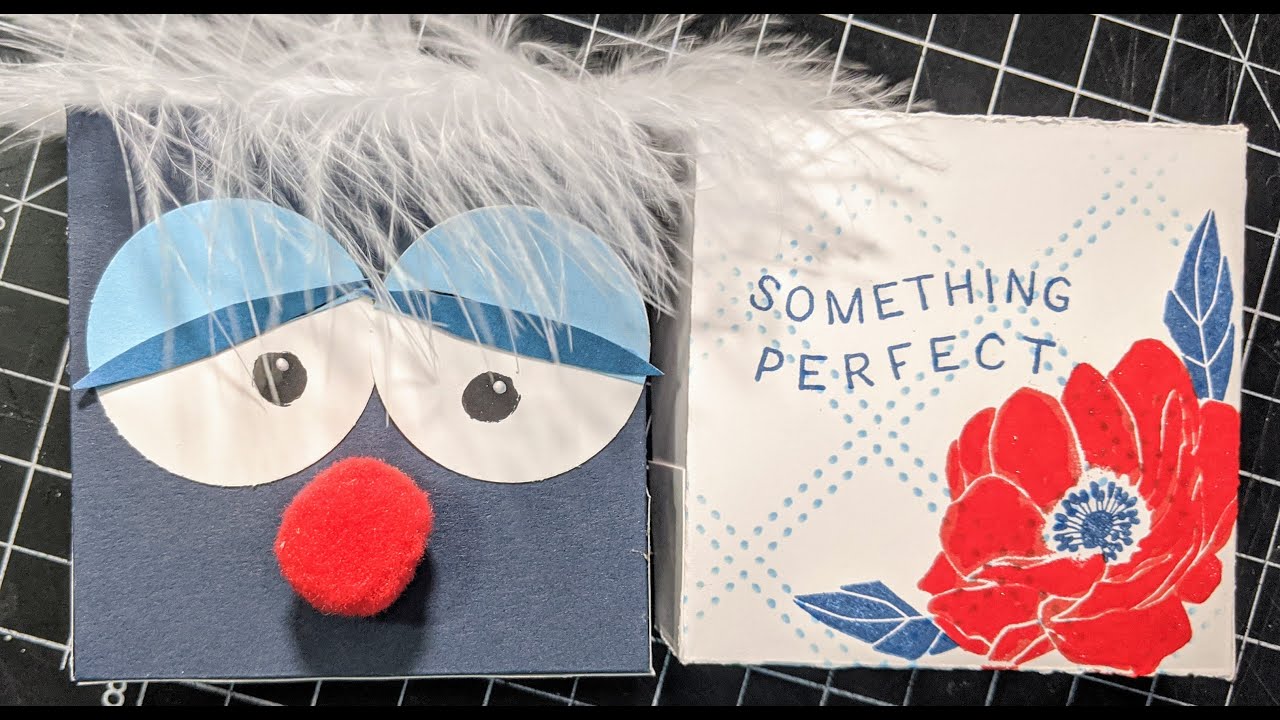 Starting off with a BIG thank you to the FUNN friends who visit me at my MESK! week after week for this ultimate paper crafting game show called Craft Roulette. It's like getting together with friends and having some play time. Not just that, thank you for all your kind words and encouragement during and after the shows, too! Paper crafters are so nice.

This week was rough, not because of the wheel's deals, but because of the internet. It happens. Kirwin Kitty wants to thank you for watching him, too.  Be sure to click on Episode #18 to see the great submissions, too! This wheel stuff is really inspiring crafters!

Last week we made "small bags" and this week we made a "small box". This is a simple, 3", go-to small box pattern called a pizza box. It has been a favorite pattern of mine for years. When I first learned its secrets, I realized 3-D paper items don't always have to be overly complicated (ahem, origami), tremendously precise (ahem, origami), or time consuming (ahem, well, when I do origami, it takes forever).

This little box can become just about anything from a lovely box with an elegant flare, a picnic casual box, to a FUNNy monster! I think you'll enjoy all the different takes from our guest contributors, too. So many cute ideas from such nice people. Don't be shy, plan on playing along with us next Friday, and bring a friend!